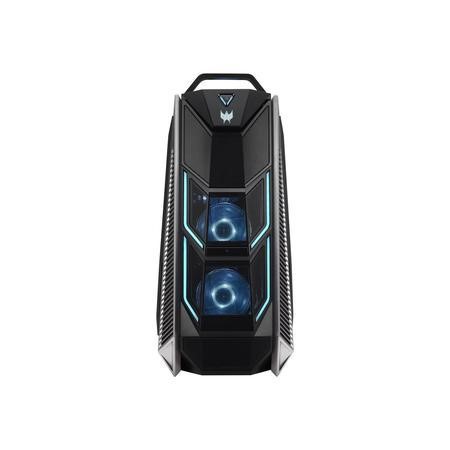 The Acer Predator Orion 9000 Intel Core i9 GTX 1080 Ti Gaming PC is part of our Gaming range, which features the most powerful PCs available today. It has superior graphics and processing performance to suit the most demanding gamer.

This monster of a PC is built around an Intel Core i9 Processor. With ten-cores and 32 GB of RAM, you can squeeze out the very best performance from every single game. If you're a modder looking to push your games beyond what a normal computer can handle, the Acer Predator Orion 9000 will create and play anything you throw at it.

The NVIDIA RTX 2080 Ti graphics card is built for the very smoothest gameplay. It can run multiiple 4K monitors, you'll have the power to play any game in VR without dropping quality, and you'll never have to check if you meet the minimum specs on a game again.

No matter how good each component is, there's always a PC builder looking to swap out and upgrade. So if for the 2 TB hard drive isn't enough, or if you want to add to the 512 GB of SSD, everything is easy to access and upgrade.

The front of the Acer Predator Orion 9000 doesn't just look cool – it is literally cool. Vents within the design pull in air, which flows over the components before being ejected out the back, carrying all the heat with it. And when things really start heating up, the Cooler Master liquid cooling gets to work.

What's In The Box